I will document the sequence in which I plant the grains Spring of 2021. Ideally, I'll have blocks of grain mature for similar harvest times. This makes setting up anti-bird netting feasible.  Also, it helps plan fall planting.   These notes will make it possible to compute days to maturity.  Usually, I do this in a notebook, but this will be more motivational.

Last year, my plans were put in disarray by COVID sending me on a special assignment for April and May to build ventilators in Kokomo Indiana.   As a result, I greatly paired down my list so Eleanor could get my essentials into the ground.  Also a result, for this 2021 season, many spring planted varieties are out of stock.

The drier soil that is ready to plant first is where I plan to put the first plot of oats and several hulled barleys as I won't be able to protect this area with netting.  We are just meeting the requirement for the soil temperature to plant oats.

I did write about the preparation of the soil back in 2018 here.

Wonderfully warm day with a light breeze.  Saw a dozen dark colored bees buzzing around the winter grain, near where the wasps stung me last Fall. Not the same insects. 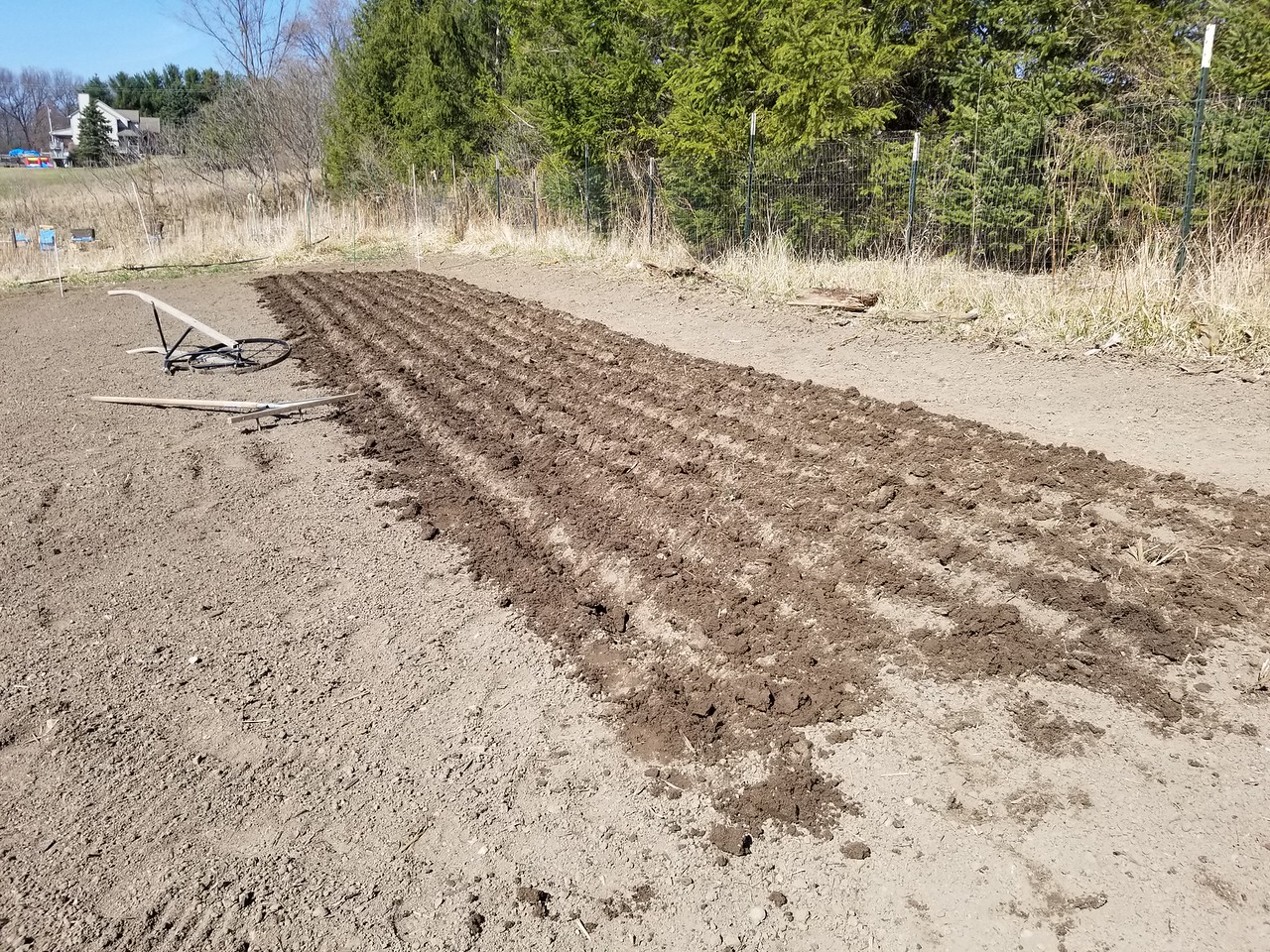 Sardinian Barley (B27)   This will be my largest plot of Sardinian Barley.  I done home brewed beer and wine for a decade.  But this will my first attempt at home malting of the barley to make the malt to make the beer.   I plan to put 15 pounds of precious seed towards this project.
Bere Barley (B08) has been selling well. They produce a smaller seed size than Sardinian, but have better name recognition.  Mozart Oats (O05) and Swan Oats (O04) to serve as a spacer between the barley plots.

So much for being ahead of schedule... We had periods of rain that kept me from planting.  I never however relocate and reinstall about 200 feet of trellis in our most protected garden closer to the house.  The critters had played havoc with some of the early tender peas. Hopefully this new location will be better for us.

The Sardinian and Bere Barley planted on the 4th is up and looking good.  I'm sure it doubled in size between noon and 8 pm. Now for the work of the day... Sumire Mochi Barley (B06) had a generous plant out, including a block that was strongly selected for vibrant purple.  Both Vicar (O02) and Nusso (O07) had larger than ever blocks planted as we plan to do some training and marketing specifically for oats next year.  For a grain that is so easily threshed, thrives, seems to not be bothered by critters (so far), oats seem under appreciated.
Alaskan Spring Spelt (W88) is serving as the barrier crop between two new oats for this year: Liberty and Vavilov Hull-less.  Karan 16 (B03) finished up tonight's planting as the sun went below the horizon.
I harrowed the next plot to be planted.. if the rain holds off, I'll keep planting.

Next up are many dozens of varieties that may only need a 4 ft by 8 ft plot which is very inefficient in terms of time and manual labor, but necessary to keep seeds in their 'adapting to the Great Lakes' state of growth.

I was off farm for the past week, hoping for rain, which we didn't get.  On the other hand, that left the soil I tilled ready for raking and planting on this last weekend of Spring Grain Planting (at last). 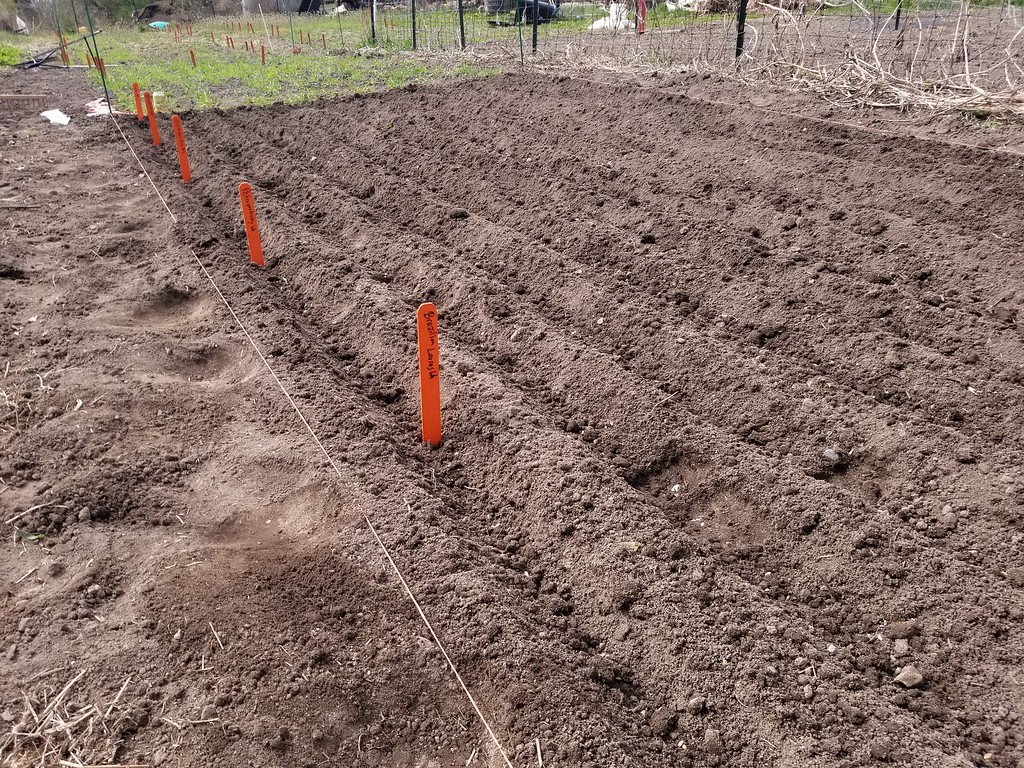 The Sardinian Barley continues to make fine progress without regard to a few nights below freezing as well as a light snow. The Bere Barley was slightly distressed.  Finally, the Oats planted on April 4th are all filled in with great germination.

I used the wheel hoe to cultivate the April 4th plot...and working away at the weeds in the winter grains.  I think I will start the Fall grains a week sooner, to give me more of a chance to get them weeded before the rains make it difficult.